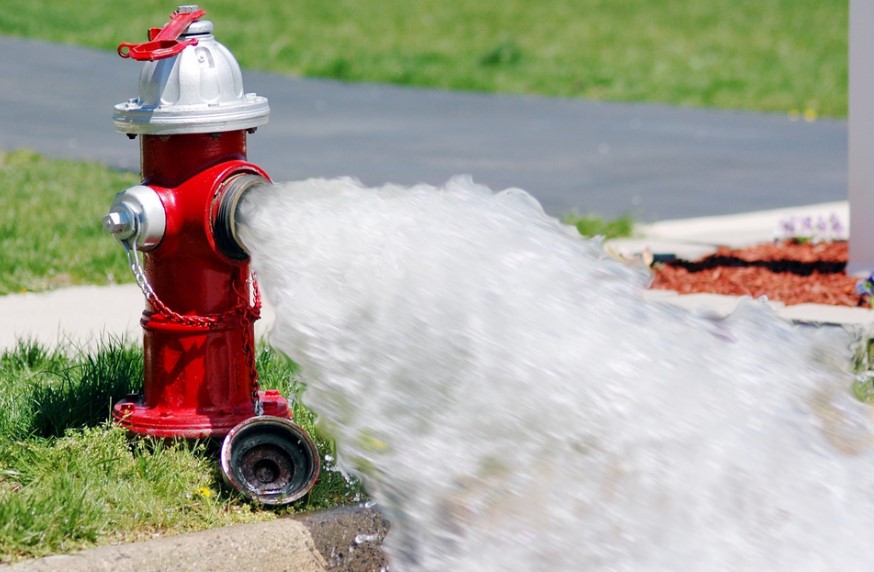 You’ve seen them on street corners and along sidewalks all over town, but you probably don’t pay fire hydrants any mind.  Here are some interesting facts about these life-saving structures.

1. The Colors Mean Something

The body of the hydrant is typically red or yellow, as these are traditionally warning colors because of how they stand out.  The tops are often painted a different color.  This is actually a code that indicates water flow capacity in GPM, or gallons per minute.  While it may vary slightly from department to department, there are typically four colors with corresponding GPMs:

This color code allows firefighters to instantly tell which hydrant they need depending on the fire they need to fight.

2. The Patent Was Destroyed in a Fire

3. It’s Illegal to Park Infront of One

It’s also very dangerous! Parking too close to a hydrant can impede emergency responders from accessing it in case of a fire, which can result in loss of property and even loss of life. Less urgently, it also blocks maintenance crews from performing a routine fire hydrant flow test that is required to ensure the hydrants are in good working order when they are needed. That’s why no matter your city, county, or state, there’s a hefty fine and even criminal charges in some cases for blocking fire hydrants.

4. Your Dog Isn’t Hyper-fixated on Them

Everyone knows dogs love to go to the bathroom on hydrants, right? Everyone would be correct…sort of. A fire hydrant is simply a standing object, and thus the perfect place for your dog to mark his territory and let other dogs know he was there. They don’t know the difference between a hydrant and a tree, bush, or fencepost.

You wouldn’t think such a seemingly mundane item you see every day would have such an interesting history, but perhaps you’ll think a bit more about it next time you pass one on the street.